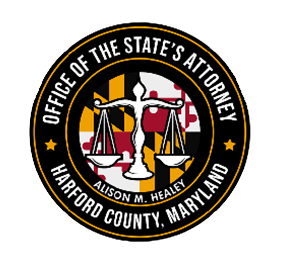 Bruce Vincent Tran, 51, of Rosedale, Maryland was convicted of Possession with Intent to Distribute Cocaine, Possession of Cocaine, and Possession of Heroin on January 20, 2023, following a two-day jury trial in the Circuit Court for Harford County. The charges stemmed from an investigation of Tran who was at the Motel 6 in Edgewood on April 1, 2021.

Tran’s car was known to be involved in an ongoing drug investigation by members of the Harford County Sheriff’s Office Crime Suppression Unit and was seen engaging in activity consistent with the sale of drugs. Members of the Crime Suppression Unit followed Tran’s vehicle, stopping it for failing to use a left turn signal while turning onto northbound Route 24 from Edgewood Road. K-9 Rocco alerted on the vehicle for the recent presence of drugs, and it was searched. Tran was searched at the Harford County Sheriff’s Office’s Southern Precinct and found to have two bags secreted in his pants. One bag contained 40 small bags of crack cocaine, and the other bag contained 8 capsules of heroin and fentanyl. No paraphernalia associated with drug use was found on Tran or his car.

The Honorable Kevin J. Mahoney remanded Tran to the custody of the Harford County Detention Center after conviction at the request of Deputy State’s Attorney David Ryden, where Tran will remain while he awaits sentencing. Ryden cited Tran’s previous criminal history for Possession with Intent to Distribute Controlled Dangerous Substances and a pending indictment for the possession of a large amount of drugs in the Baltimore County Circuit Court that is set for trial on April 10, 2023. Tran faces up to twenty years’ incarceration for Possession with Intent to Distribute Cocaine and one year for Possession of Heroin on the Harford County case.

State’s Attorney Alison M. Healey commented that her administration has immediately begun working with her office’s law enforcement partners in securing convictions and punishment for drug dealers, and all criminals generally, since taking office on January 3, 2023. “Through this conviction, just 17 days after taking office, our office is sending a swift and certain message to anyone that plans to sell drugs in Harford County or to bring drugs from other jurisdictions to Harford County to sell that in Harford County, you will face trial and be incarcerated.”

Ms. Healey would like to thank Deputy First Class Ross, Senior Deputy First Class Dean, Deputy First Class Weilert, and the Harford County Sheriff’s Office’s Crime Suppression Unit for their effort in investigating this case, as well as Deputy State’s Attorney David Ryden for his prompt attention, preparation, and advocacy in this case. Their combined efforts led to Mr. Tran’s conviction in this case. Sentencing is scheduled in this matter for March 15, 2023 at 2:30 p.m.